This week’s bond review looks at a company providing valuable information to oil and gas exploration and production companies. Seitel Inc. is a leading provider of onshore seismic data to the oil and gas industry.  Seitel has weathered the period of greatly reduced exploration & capital spending brought on by the depressed oil prices the past few years, and has begun 2017 with a bang.  It’s Q1 results testify to this:

Seitel has a short 21-month bond, currently priced around par and couponed at 9.5%.  While this yield-to-maturity (~9.5%)  is less than some of the other bonds reviewed on the Bond-Yields.com site, it offers excellent cash flow and its yield still dwarfs the yield of the 24 month US Treasury bond, which is currently yielding a scant 1.35%.  For investors looking to maximize their portfolio return and take advantage of recently recovering oil prices, these bonds are very attractive when priced at par.  Therefore, we have marked these high yielding bonds for addition to our Fixed Income 2 (FX2) global high-yield income portfolios.  The most recent performance of our managed FX2 portfolio is shown below.

Seitel posted fantastic results for its first quarter of 2017. These results show a company recovering from the low exploration spending of oil and gas companies over the past few years. As Seitel provides seismic data to oil and gas exploration and production (E&P) companies, the low oil and gas prices of the past three years have certainly had an effect on the company’s revenues. However, the company’s Q1 results reveal a turning point in exploration activity. Here are some highlights from Seitel’s results for the three months ending March 31, 2017:

After the oil and gas exploration “drought” of the past few years, it appears that oil and gas E&P companies are starting to loosen the budgets to include some long overdue exploration projects, which require seismic data to complete.  If this trend continues, this would certainly bode well for Seitel.

Seitel is a leading provider of onshore seismic data to the oil and gas industry in North America. Seitel’s data products and services are critical in the exploration for and development of oil and gas reserves by exploration and production companies. Seitel has ownership in an extensive library of proprietary onshore and offshore seismic data that it has accumulated since 1982 and that it licenses to a wide range of exploration and production companies. Seitel believes that its library of 3D onshore seismic data is one of the largest available for licensing in North America and includes leading positions in oil, liquids-rich and natural gas unconventional plays as well as conventional areas. Seitel has ownership in approximately 45,800 square miles of 3D onshore data, over 10,000 square miles of 3D offshore data and approximately 1.1 million linear miles of 2D seismic data concentrated in the major active North American oil and gas producing regions. Seitel has also expanded into Mexico via reprocessing existing 2D seismic data for licensing to oil and gas companies. Seitel serves a market which includes over 1,500 companies in the oil and gas industry.

Why is seismic data extremely important for oil and gas exploration and production companies? One reason is that oil is hard to find. It is not found in large, cavernous, liquid deposits in the ground. Instead, the oil exists in the pores between the grains of rock, and is usually structurally “trapped”. Most of all, reservoirs are generally 5,000 to 35,000 feet below Earth’s surface.

One of the traditional methods used by geologists to locate oil and gas is to identify the type of rock in a nearby, existing well, then combine that with seismic data produced at the site.  While this method gives reliable information, it is accurate only for a small area around the well – about 10 feet.  This requires geologists to exert considerable “interpretation” to extrapolate this data between wells. The advent of 3D seismic data has been the industry’s most impactful scientific breakthrough to date, and while 2D seismic data provides strips of information about the earth’s subsurface, 3D seismic data provides a more complete picture. Consider the following images and the ability to see both gross outlines and fine features when just a few lines are revealed versus a rough image of all the points in the picture. 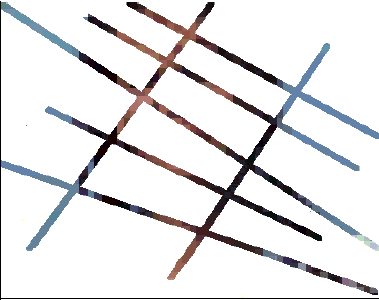 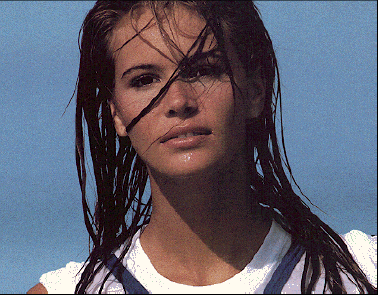 Seitel’s years of experience in seismic data has resulted in what it believes to be the largest library of 3D onshore seismic data available for licensing in North America which includes leading positions in oil, liquids-rich and natural gas unconventional plays as well as conventional areas.

The Current Status of Oil

Oil and gas are essential commodities for our modern day world. In light of the depressed oil prices for the last three years, many companies have put exploration and new well development on hold, choosing instead to focus on known oil fields and / or repurpose existing wells to squeeze out additional production. With the recent price recovery, shale oil here in the U.S. has begun making a comeback, however, offshore exploration has been slow to follow. Existing oil wells / fields, whether onshore or offshore, begin to decay (oil production falls off) once production begins.  Even with the recent ramp up in shale oil here in North America, worldwide decay rates are most likely still outpacing new production, as exploration has slowed over the past few years.  Add to this some possible geopolitical uncertainties in Qatar, Venezuela and recent clashes in Libya and Nigeria, makes the case for the continued stabilization of oil prices.

Oil and gas prices have slowly recovered from their lows in early 2016. As they have risen, drilling activity has increased substantially as evidenced by the Baker Hughes Rig Count.

As seen here, rig counts have more than doubled over the past year, indicating the significant increase in oil drilling activity. With the significant costs involved in drilling new wells, oil and gas companies scrutinize each location being considered for new drilling activity. Seismic data, like the data provided by Seitel, is a must have for oil and gas E&P companies looking to maximize their capital expenditure dollars.

Seitel has also maintained more than adequate liquidity to fund its ongoing operations. As of March 31, 2017, the company had cash and cash equivalents totaling $64.3 million. 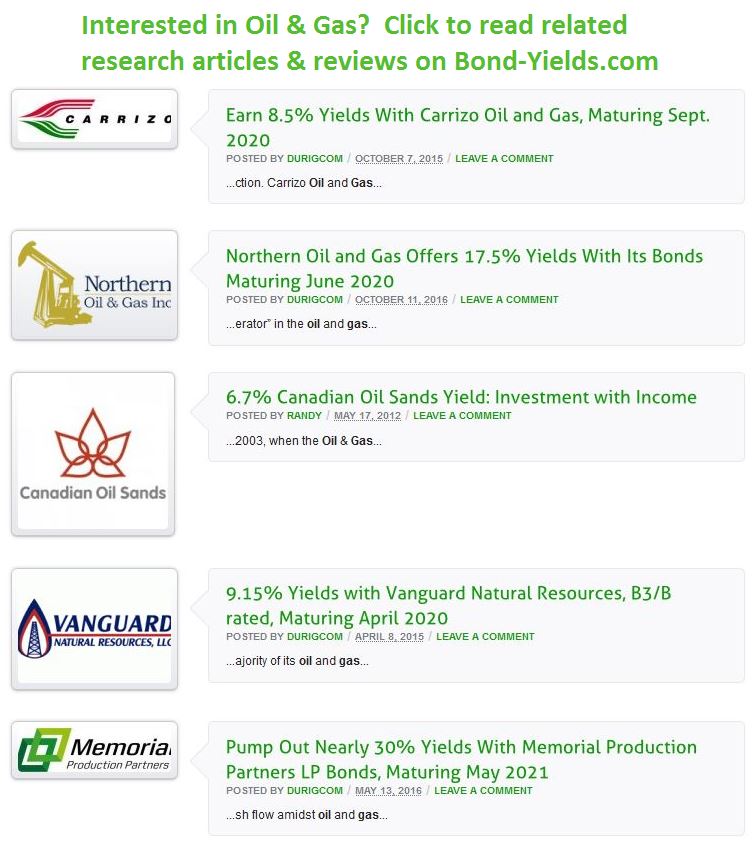 The default risk for bondholders is tied directly to Seitel’s ability to continue the recovery begun in Q1 and extend it over the next few years. While oil prices do remain somewhat depressed, there has been an uptick in the amount of capital expenditures for exploration as well as increased drilling among oil and gas E&P companies, which should translate to increased demand for Seitel’s products.  Seitel has a self-professed industry leading product and registered handsome increases in total revenues and cash flows in Q1. In light of these factors, the 9.6% yield-to-maturity on these 21-month bonds appears to outweigh the risks identified.

With oil and gas companies beginning to again invest capital into exploration and increased drilling activity, Seitel has begun to see an uptick in the demand for its seismic data. This was evidenced by the outstanding results the company posted for Q1, 2017. Seismic data is essential for oil and gas companies looking to get maximum value for their exploration dollar. It appears the markets have realized the value of Seitel’s 2019 bonds, as the market price has climbed from a low of 67 last August to a current price of 100.5. These short term 21-month bonds, couponed at 9.5% and with a current yield-to-maturity of 9.6% offer investors an opportunity to realize possible gains from the oil and gas industry without direct exposure to commodity price volatility. In consideration of these points, we have marked these for addition to our FX2 managed income portfolio.

Click here to view our many other research articles on Bond-Yields.com

Disclosure: Durig Capital and certain clients may have positions in Seitel Inc., 2019 bonds.